A common theme connects heavy equipment fitted with specialized attachments and GPS capabilities at a downtown revitalization project B.U.R. Construction is completing and the system used to bid on and win the job. That theme is the company’s commitment to technology as a catalyst for rapid growth.

“We were using Excel and a lot of post-it notes, scrap paper and in some cases even napkins,” Tim St. Pierre says in describing the approach to bidding prior to the adoption of B2W Estimate in 2020. “We were putting out more and more bids, and it became too time consuming to do it the old-fashioned way, so we made a coordinated effort this past year to find a better solution,” the founder and co-owner of the company adds.

B.U.R. stands for bridges, utilities and roads. St. Pierre and his brother Jesse had no employees when they started the company in Newport, New Hampshire in 2005. They also had no reservations about branching out and expanding on their experience with a paving and excavating company their father continues to operate. Their company has grown exponentially over the last ten years, working primarily as a general contractor on DOT projects in New Hampshire and Vermont.

“The only way we can continue to grow is by putting estimates out quicker,” St. Pierre claims. “We don’t want to add overhead in order to do that, so our conscious choice was to add the estimating software.”

Pre-populated cost information is a foundational concept of specialized software for estimating. The best applications give estimators flexibility to organize resource databases, templates and cost structures according to their specific needs and to use them in a logical, intuitive way when building bids. Having crews, employees, equipment and materials already built in has been a big time saver for B.U.R. The company has also entered information on vendors and preferred subcontractors.

“Getting everything entered on the front end was a little time consuming, but once it’s entered, pulling up the information is a breeze,” says St. Pierre. As a result, the company now turns out two to three times as many bids as it previously could.

Accuracy and detail are important too. St. Pierre says Excel spreadsheets are great for summary estimating. They do not, however, give him the detail and flexibility he needs to zero in on specific costs, distribute profit and overhead to individual line items to offset risk, and be 100-percent confident in aggressive bid numbers.

“You could bid any job in summary in Excel and put big numbers in and be safe, but B2W Estimate lets you drill down and know where your margins could be and how you could win,” according to St. Pierre. “That’s important when you really want to win a job and when you need to be as competitive as possible on local and regional jobs like we thrive on.”

B.U.R. also relies on specialized capabilities within the estimating software to streamline comparison of bids from subcontractors. On the downtown revitalization project in New Hampshire, St. Pierre pointed out the temporary water supply lines as an example. “We were able to very quickly and easily compare bids from subcontractors as well as our own costs for self-performing that part of the project and determine that it was more profitable to do the work ourselves,” he explains. “With spreadsheets, we might not have done that review due to the complexity and time required.”

St. Pierre has also installed B2W Track for performance tracking. He says having estimating software that is unified with the field software amplifies the benefits of each individual application.

“When we win a job and turn it over to our field team, it’s almost like baking a cake,” he explains. “We have the detailed recipe, and we can hand that over to a superintendent to show exactly what was put into the bid right down to the gallons of gasoline for each line item.”

Managers in the field see a level of detail in the bidding that they never saw before. That knowledge allows them to provide what St. Pierre describes as a second set of eyes, often suggesting improvements in how the job could be built even after the bid is won.

St. Pierre describes himself as “kind of old school” but says B2W Estimate was easy for him to pick up. He credits the logic and interfaces of the software and the effective training and support. “It’s so user friendly that we’re pretty much able to figure it out and rarely have to call tech support but, when we do, we always get an immediate response and the answers we need,” he adds.

Integration with accounting is another advantage that improves accuracy and saves time by eliminating redundant, manual data entry. St. Pierre says the B2W applications integrate directly into Sage 100, allowing a seamless transition of data from Estimate to Track and into accounting.

“I would disagree strongly with companies that think they might be too small to benefit from a software platform like B2W provides for estimating, field tracking and other operational workflows,” St. Pierre concludes. Beyond the software itself, he says experience, ideas and training from the software supplier can be extremely valuable.

“As a relatively small contractor, we only know what we’ve experienced, but a good construction software supplier can provide a wide array of best-practice experience,” he concludes. “That expertise and training has helped us make our processes better and to maximize the benefits of the software.” 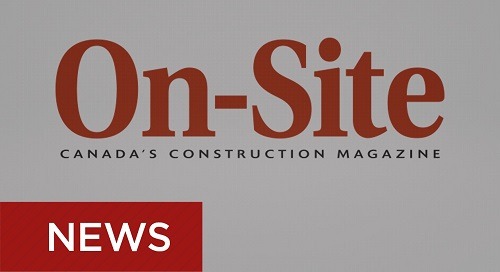 Francis Beaujault, director of pre-construction at Pomerleau, shares perspectives on B2W Estimate and on ch... 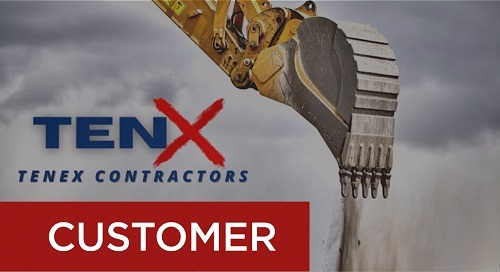 Owner Don Pearson has used and tested many estimating applications. He says B2W is the best system out ther... 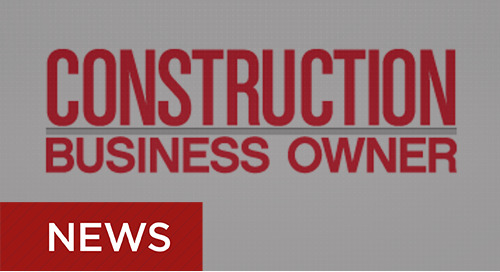 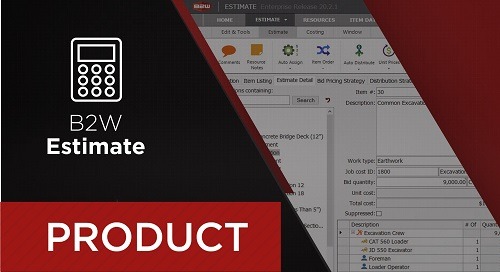 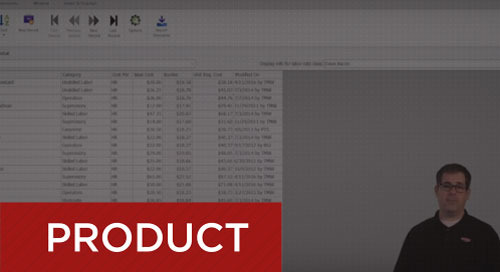 Watch this in-depth demo to learn how B2W Estimate helps you bid faster and more accurately to win more jobs at better margins. 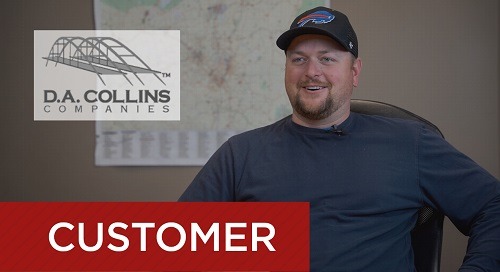 3:56
"They Talk to Each Other" - B2W Estimate and Track at D.A. Collins/Kubricky 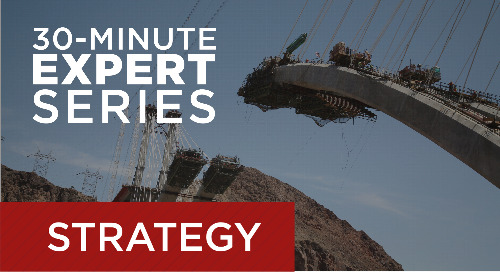 Click here to register for the webcast on Conquer Change Order Challenges: A More Cohesive, Efficient and Profitable Approach on June 15, 2022. 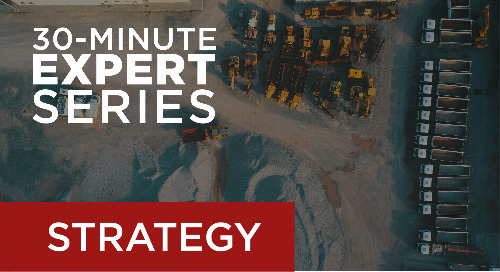 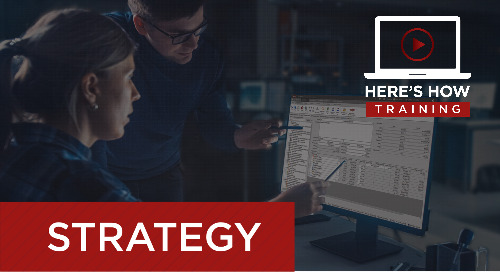 Learn how the new B2W Estimate API can integrate data from estimates with third-party and proprietary systems with ease. 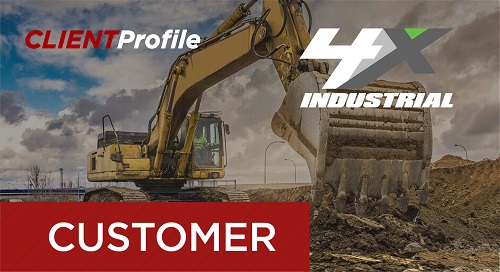 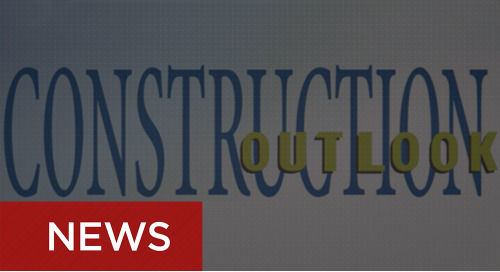 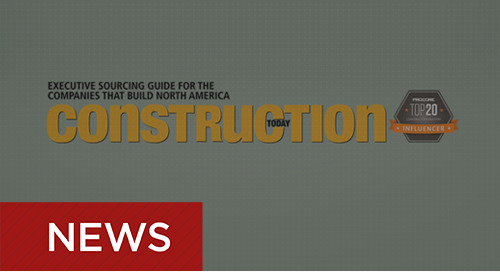 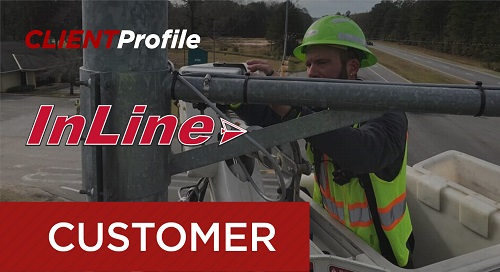 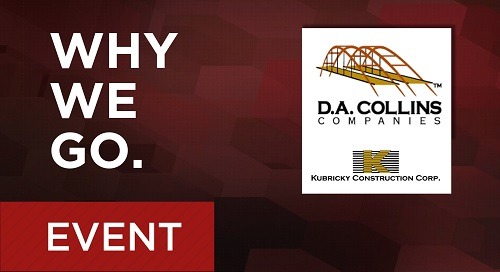 Learn why D.A. Collins Companies/Kubricky Construction has sent a large group to the user conference for many years; including new and experienced users of B2W Estimate, Schedule, Track and Maintain. 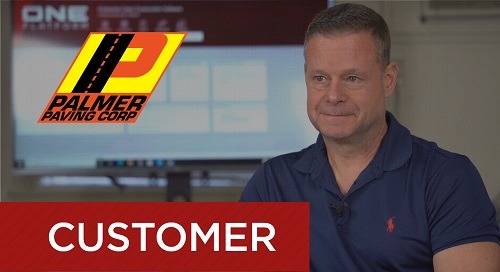 Chief estimator Jim Madden discusses the key features of B2W Estimate and the flexibility, speed and accuracy advantages that help his team turn out more than 500 bids per year. 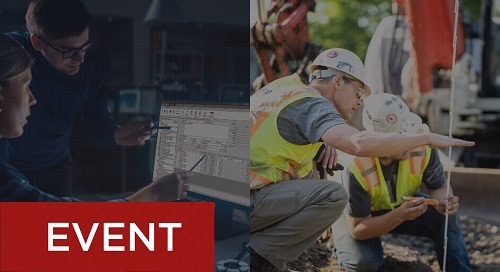 48:04
Recorded Webcast – Connect Estimates to the Field for Higher Profitability

Winning bids is important but hitting the profitability targets in the estimate is the real goal. Learn how and why contractors unify estimating and field tracking systems. 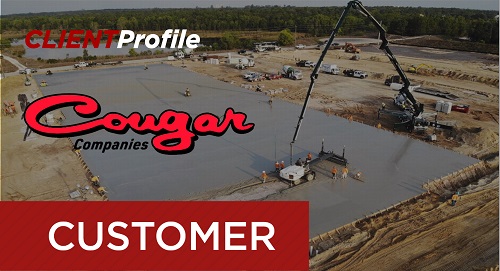 Chief estimator Shane Meaker says the software is a breeze to use, estimates that would take two days with spreadsheets now take half a day, and actual costs are almost always right on the money. 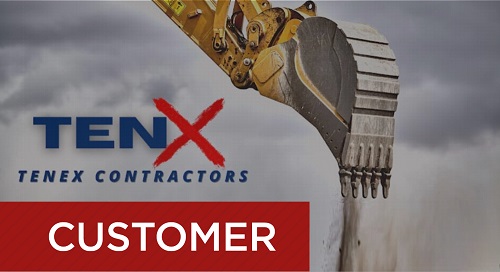 Owner Don Pearson has used and tested many estimating applications. He says B2W is the best system out there based on features, ease of use and the way the estimating process flows. 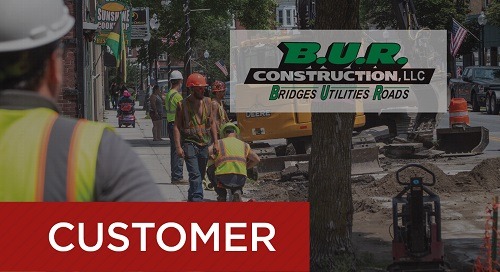 2:49
B2W Track and Estimate Talk to Each Other and to Sage 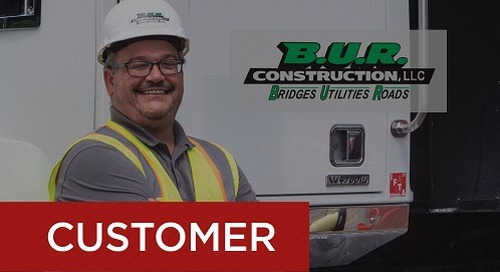 3:11
Switching from Spreadsheets to Bid More and Win More

This growing bridge, utility and road construction company is turning out three times as many bids with B2W Estimate while getting more accurate and aggressive in its pricing. 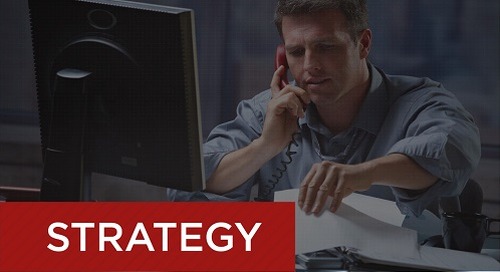 Estimators relying on spreadsheets are at a disadvantage. This is a must-attend for any heavy construction estimator making the business case for purpose-built estimating software.